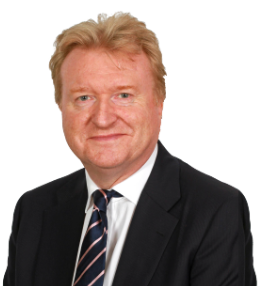 Home Financial Crime Other Areas of Law Testimonials About Me Contact

Terms such as "best" and "top" and "leading" are used for search engine optimisation (SEO) purposes; I make no express or  implied representation that I
am the "top" or "best" or "leading" barrister in any area of law. 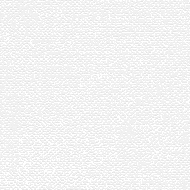 Dean is one of the UK’s top-rated criminal defence barristers and QC’s.  As a result of his previous highly successful legal academic career followed by his thriving current high-profile practice as a QC, he is one of the most sought-after legal advocates for criminal cases. 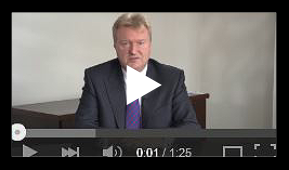 Having graduated in law, he was called to the Bar and decided to first obtain real-world financial institution experience in The City, where he worked both as a lawyer for commercial enterprise and in solicitor practice.

Dean then returned to the Bar and rapidly became a highly sought after defence advocate, achieving great success as a junior in matters of all serious crime including murder, fraud and drugs, as well as being successful as an appeal barrister - both for overturning verdicts (acquittal) and sentence reduction.

In 2014 Dean was appointed Queens Counsel (QC) and his career has gone from strength to strength.

His wide ranging experience has given Dean the ability to see the whole picture very quickly no matter whether the issue is an appeal, a City fraud, a regulatory matter or advice on a serious criminal charge. This means that Dean is particularly adept at seeking to make the problem “go away”.

Dean is also a high profile expert on cybercrime, and is co-authoring a book on this growing and troubling area of law, and delivers lectures for the esteemed University of Law.

Dean feels that sometimes insufficient time is spent on dealing with a matter before it becomes a problem. Pre charge advice, or advice at a very early stage of the proceedings, is often crucial in stopping allegations becoming something more serious, and requires this ability to have an overview and to deploy the best tactics. Dean possesses this ability in large measure and is the ideal choice of assistance in this way.

Dean is recognised as a leader in his field, and is often cited in the principal legal directories such as The Legal 500 and he has twice been nominated in the Chambers and Partners Bar Awards.

Dean has an enviable reputation as one of the most powerful criminal defence barristers in the UK, fighting hard for his clients with both skill and tenacity, while remaining approachable and sympathetic to his clients’ needs at all times.

Dean takes his obligations as a custodian of personal information very seriously and adheres, very strongly, to the rights of individuals to the sanctity and confidentiality of their personal data.  As a consequence, he does not refer to any of the many cases he has conducted for clients over his long career as a Barrister.  He believes that it is his duty to conduct his professional affairs with the utmost respect for the trust that is placed in him by those who seek his assistance.

Dean Armstrong QC speaking about his approach to Appeals.

See Dean speak about building a powerful defence for those accused of VAT Fraud.

Watch one of the UK’s leading cybercrime barristers speak about this troubling yet fast growing area of law.

“A class act with devastatingly

“A master tactician who can identify key issues quickly”

“Solicitors identify him as an impressive presence in court”

“He’s a practical man who sees the wider picture”

“Dean Armstrong is fast reaching the point where

there will be no one above him at all”

“He is elegant in court and very persuasive”

“He is fantastic, and very, very good on the detail.

He is also very down-to-earth with clients”